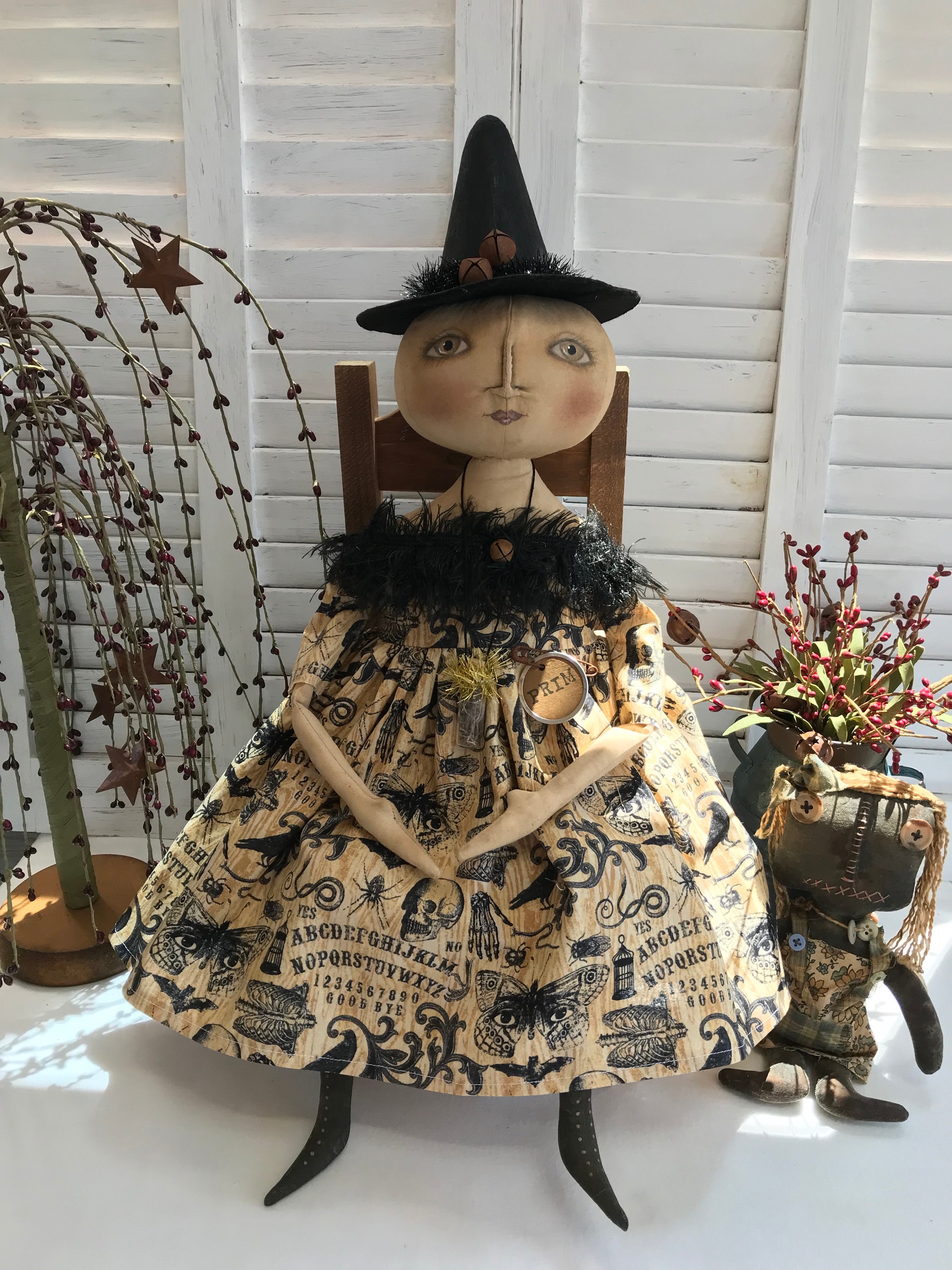 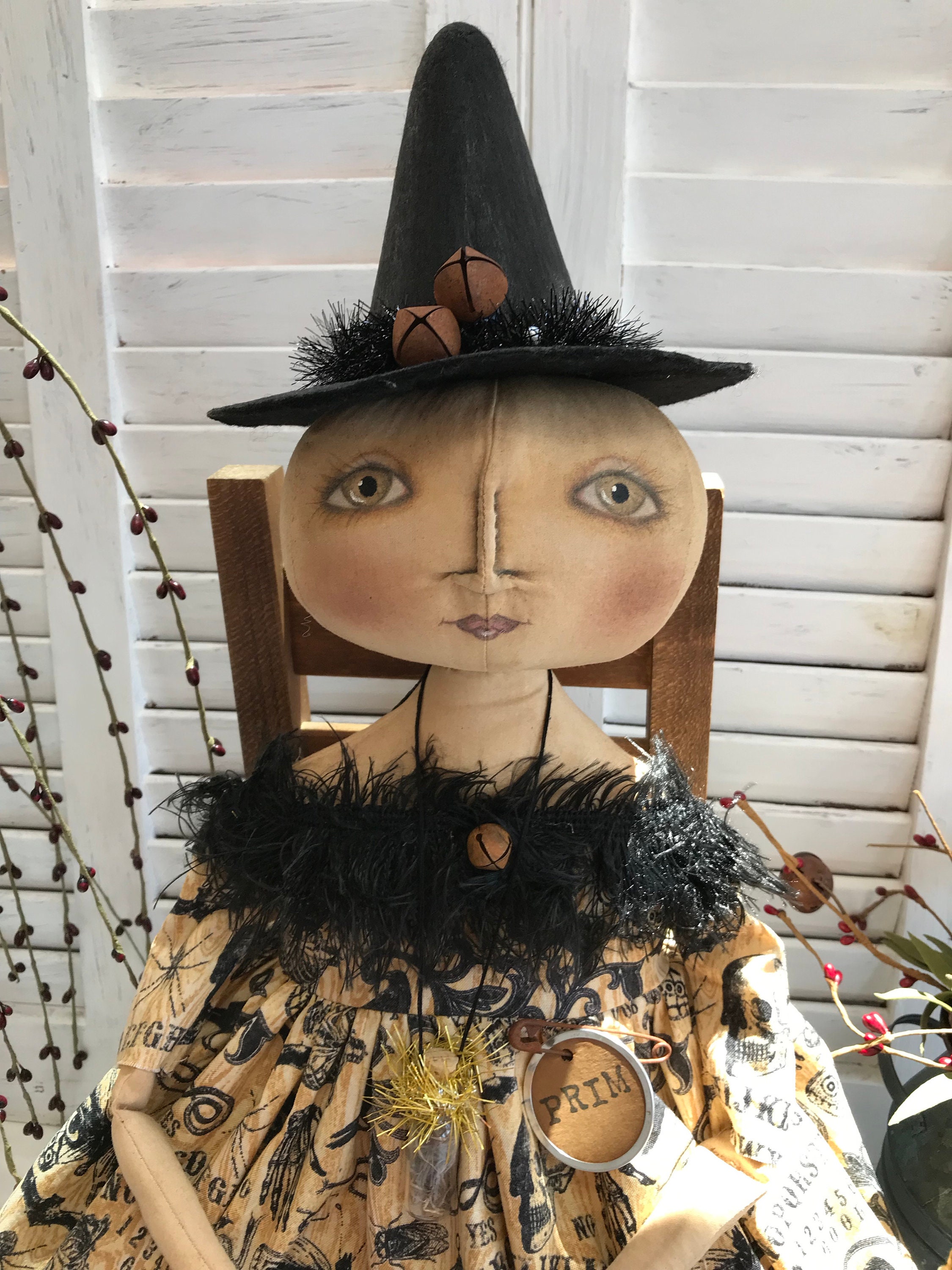 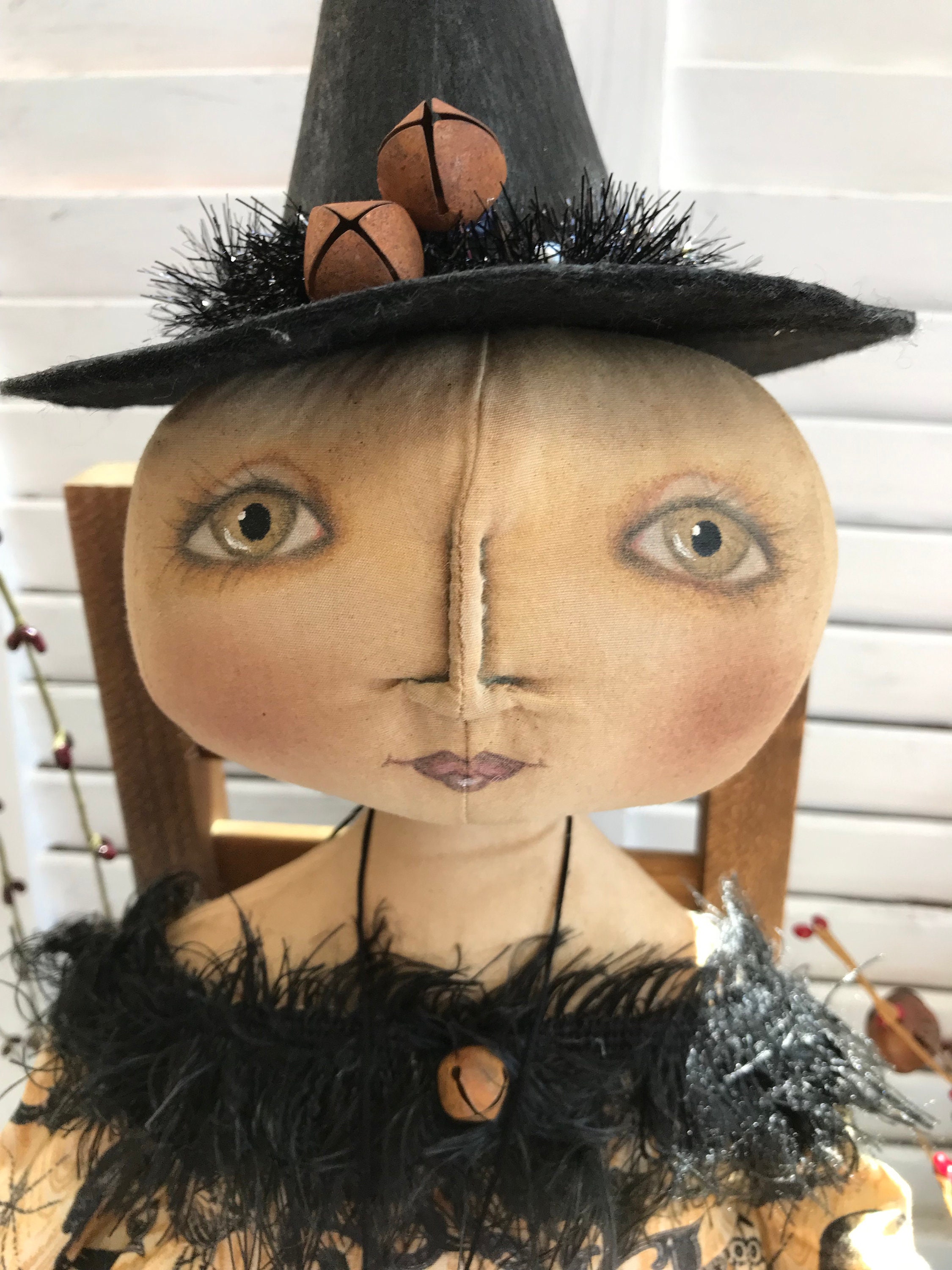 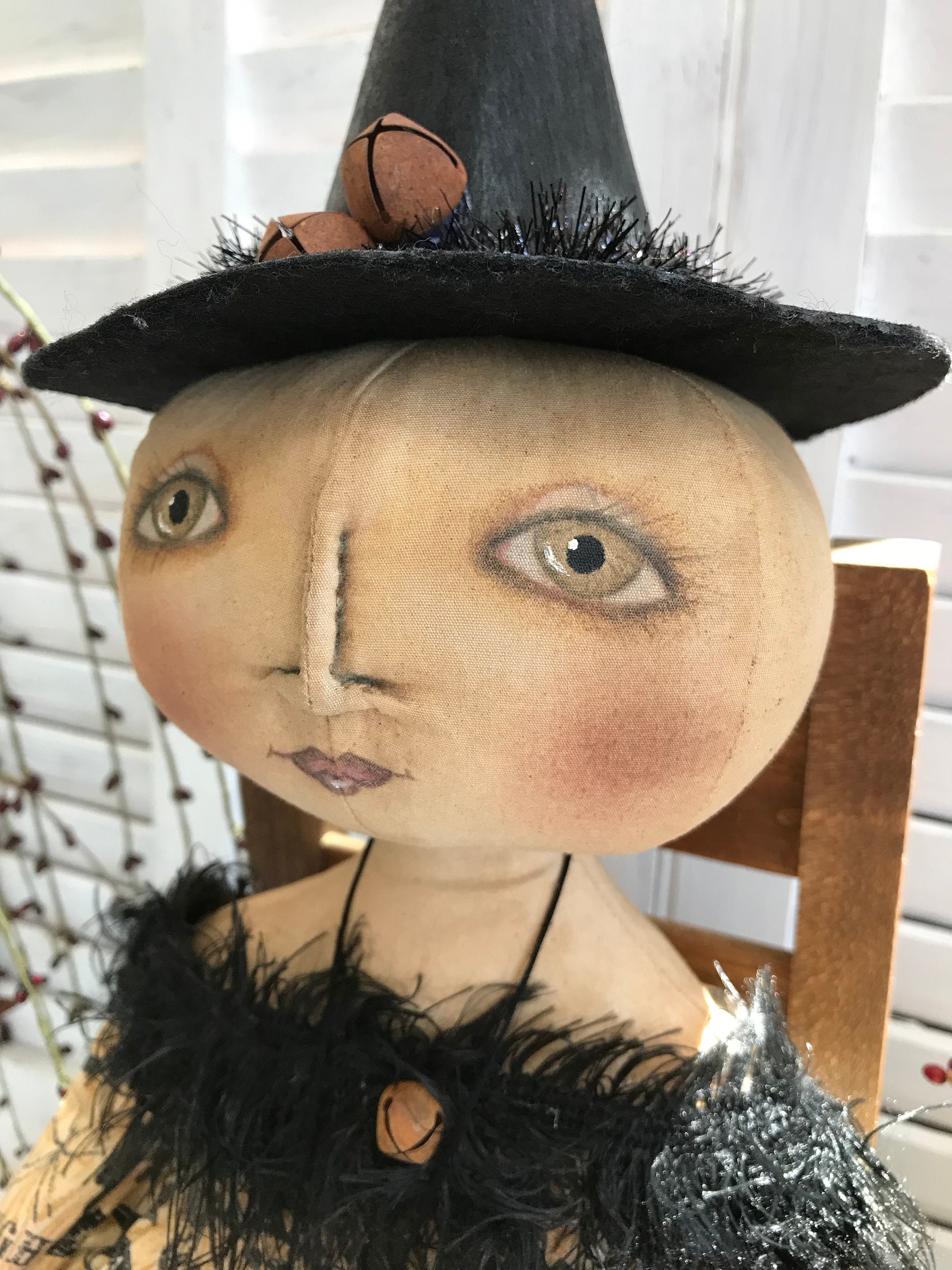 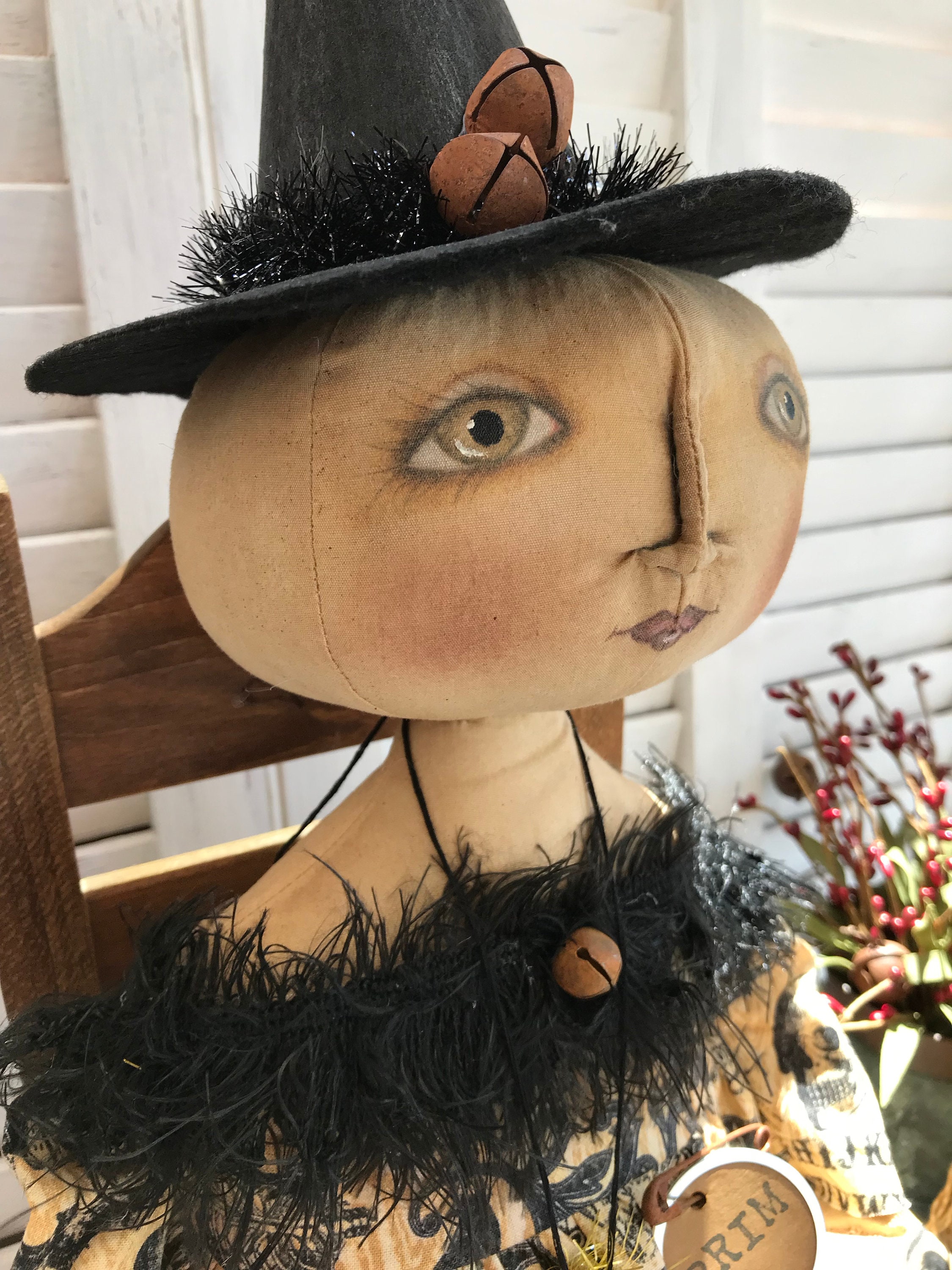 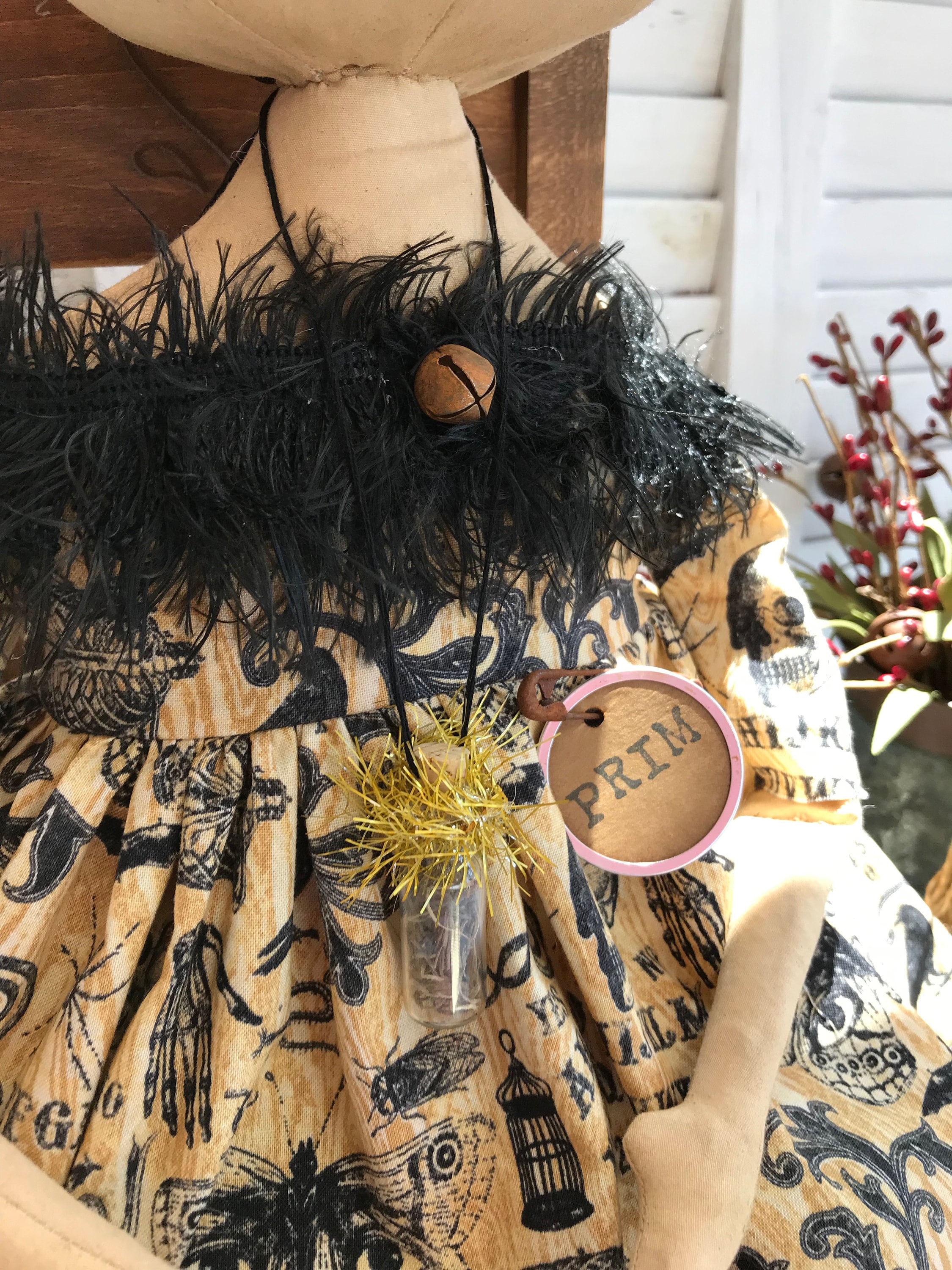 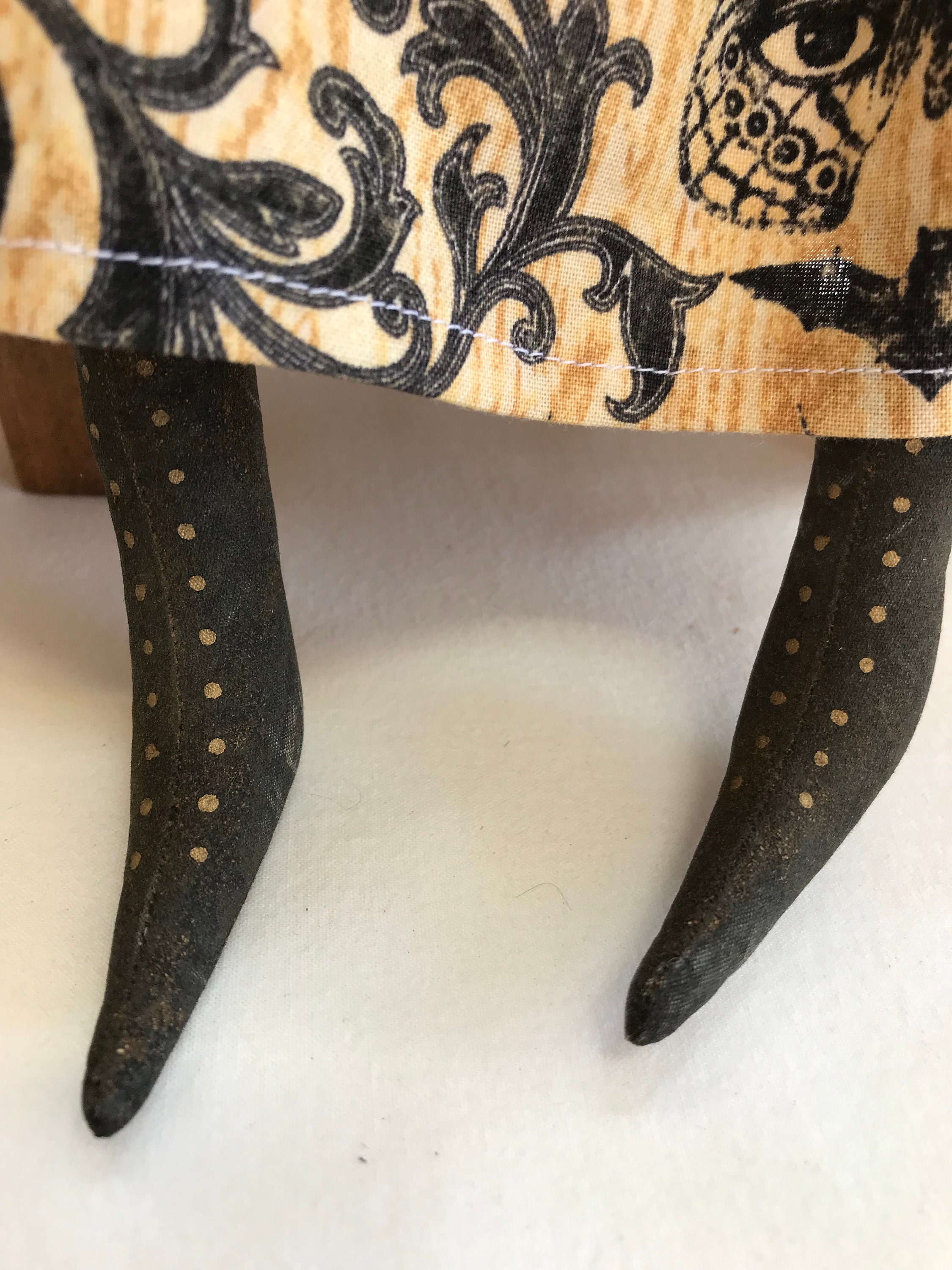 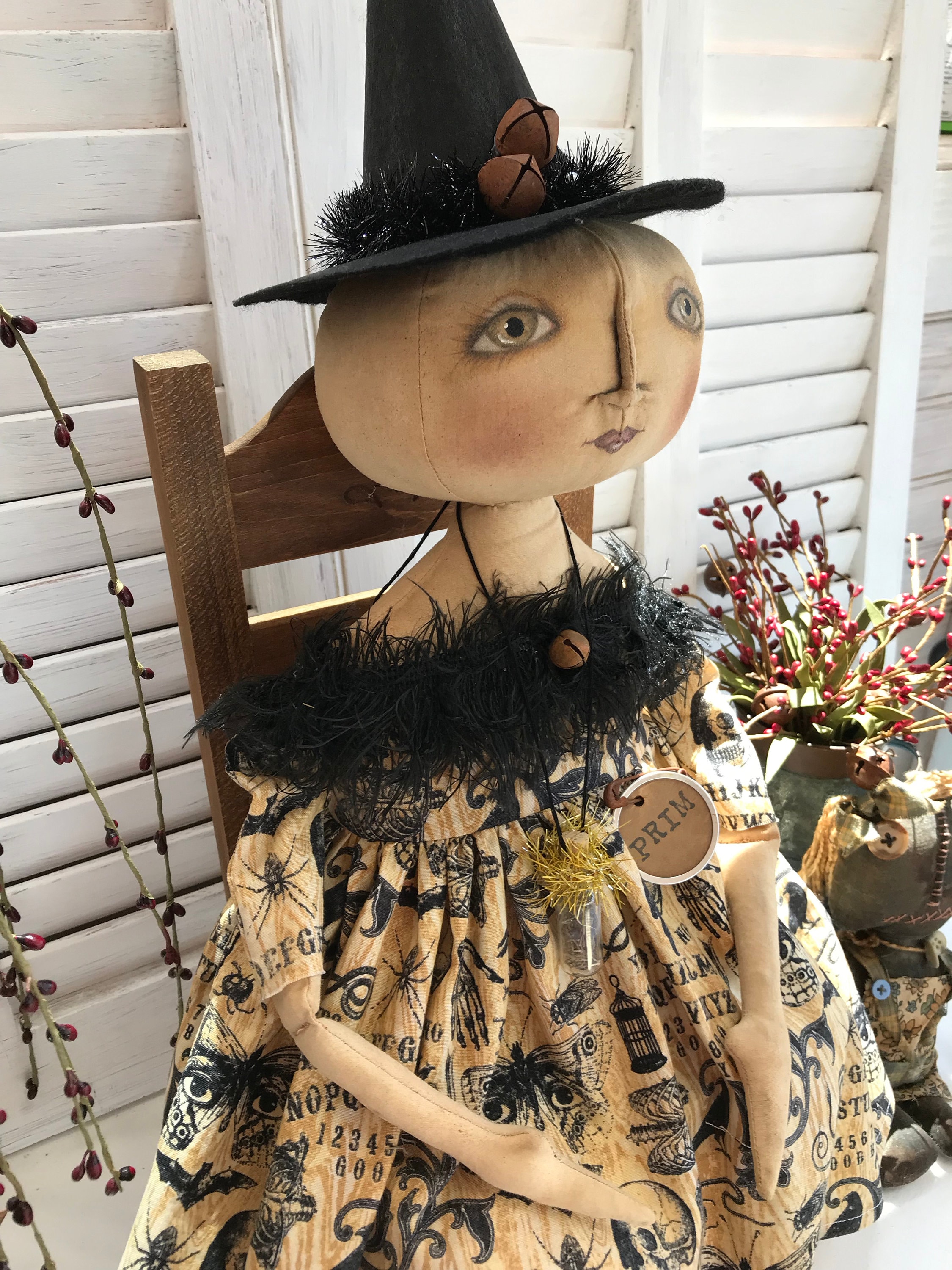 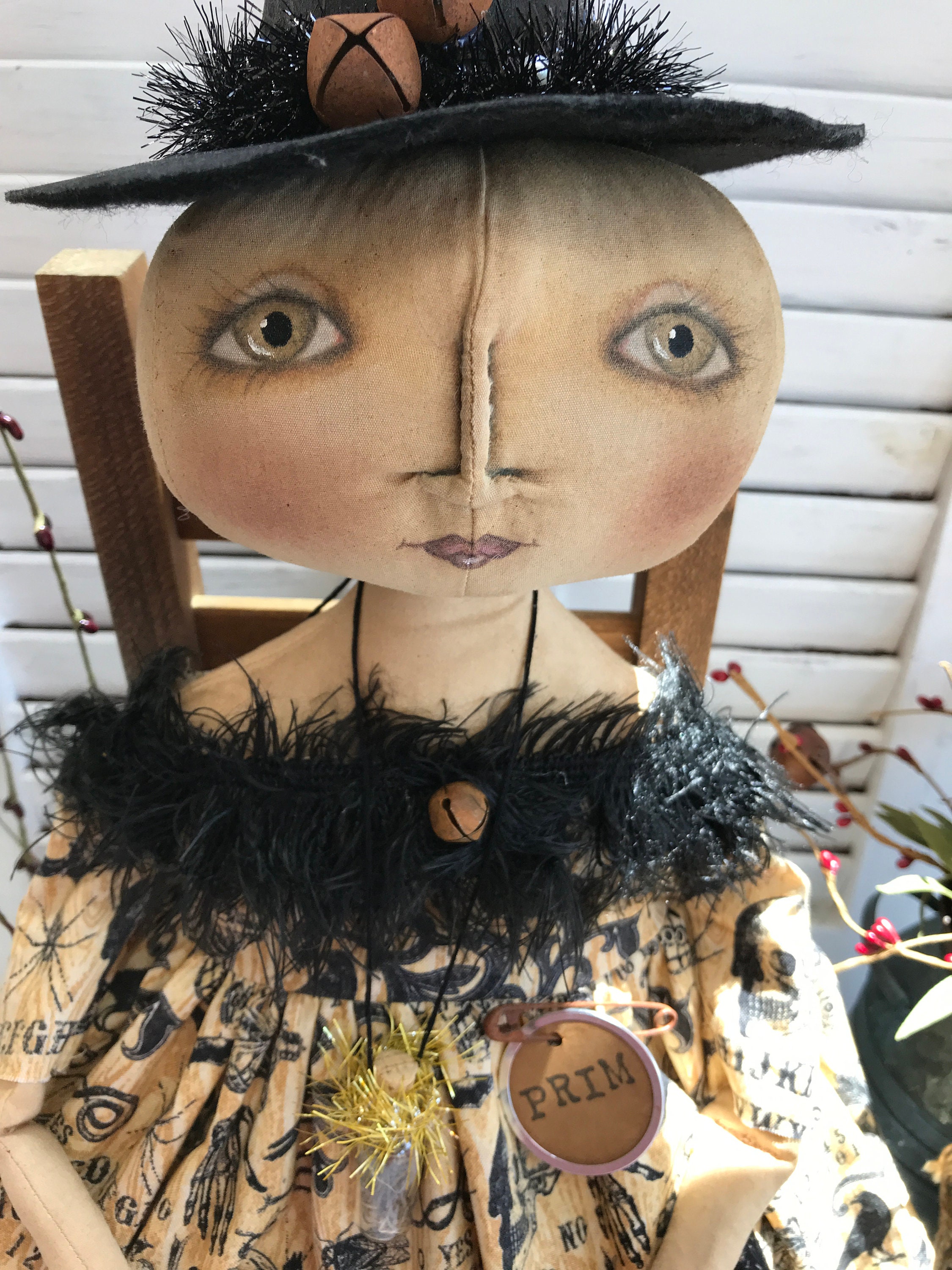 This primitive witch measures 22 inches tall. She is made from muslin that was stained, baked and sanded. Her nose is needle sculpted. Other facial features are hand drawn using artist pencils and then sealed.

She has a boxed bottom with some light weighting material so she will sit very nicely on her own.

Her dress is a great spooky print with matching pantaloons. The bodice is trimmed in a black feathery trim with a Rusty Bell stitched in the center. Around her neck she has a vile of dried herbs (Spanish moss) for her witch spells. The glass vile is trimmed in gold old fashioned tinsel.

A "PRIM" tag is attached to her dress with a large Rusty Pin.

Her boots are painted on and sanded.

She is wearing a felt hat trimmed in Black old fashioned tinsel with two large Rusty Bells attached. The hat is held in place with a floral pin so it can be removed and repositioned any way you like.

She will come to you signed and dated and lightly scented with a Cinnamon fragrance.

I'll do my best to meet these shipping estimates, but can't guarantee them. Actual delivery time will depend on the shipping method you choose.

I gladly accept returns and exchanges

Ship items back to me within: 14 days of delivery

But please contact me if you have any problems with your order.

The following items can't be returned or exchanged

Because of the nature of these items, unless they arrive damaged or defective, I can't accept returns for:

0 items in your cart